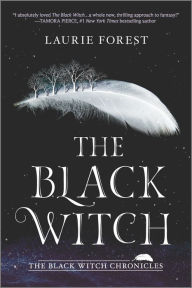 This is the first book in the Black witch chronicles. Elloren is five years old when her uncle Edwin testest her with a wand to see if she has any magic. When something ends up happening her uncle pretty much says its a fluck.

When she's older, her aunt Vyvian comes to visit and tells her that she's leaving to come stay with her for awhile and then, she can go to college. Rafe and Trystan are her brothers and they are heading to the same place as her. She has been told a few times that she looks like her grandmother who was the black witch. Whether that's a good thing or bad we'll just have to see.

The night before she leaves, she sees Sara coming towards her. She holding a wand in her hand and gives it to her. Its called the wand of myth. What ever that means.

Her aunt lives in Valgard and she's watching out the window as thing pass by. She had seen a Selkie and asked her aunt, which doesn't really want to explain any more then, that they are slaves. At her aunts house she see's a few Uricks who are workers. There are so many different races it hard for her to keep up.

Fallon Bane is a fifth level mage and has a really bad attatude. I don't think she like Elloren much. That really shows when she meets Lukas Grey, a very handsome guy that her grandmother wants her to wandfast to. Which means she marries him. Which she has promised her uncle she won't for a few years.

One day, she goes to church with her aunt and then, sees a few things and walks out of the church. When she does, she gets attacked by Icaral's. Then, to find out that she's got to stay with one in the tower.

I will warn you now that there are a like of prejudice and discrimination in this book. You wonder what's all going to happen next to Elloren and if she's ever going to make any friends. She does have one problem with a guy in the kitchen, that just hates her because of her looking like her grandmother. Yvan is very handsome and he just doesn't like Elloren seem to bother her.

At the college, people just keep looking at her and some even do things to her to cause problems. She kisses Lukas once and all hell breaks loose when Fallon finds out. Things just seem to get bad.

Whether, it gets any better You'll have to read the book. Being that this is only the first book in a series. I think you might get a hint that things continue.

Its good. Hope you pick it up if you haven't yet. Remember to read a good book. You might just like it.

The Mummy or Ramses the damned by Anne Rice

Lawrence Stratford is in Cairo Egypt. He was uncovering the tomb of Ramses the damned. He knew that he was Cleopatra's lover and teache... 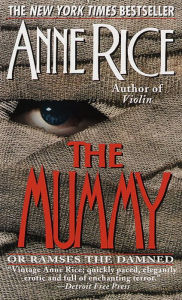