Hidden by P.C.Cast and Kristin Cast 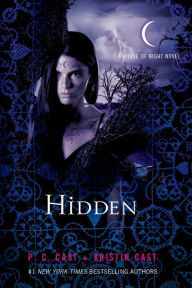 This is the tenth book in the House of night series. Zoey and her friends have finished the reveal and are heading back to the house of night. They can see smoke coming from there and they aren't sure what's going on. Neferet has been at the house to do one last ritual. She had killed a cat.

Professor Lenobia and Travis are saving all the horses. He gets burned but Lenobia has a strange thought running through her head that he reminds her of someone she used to love. That brings on a strange thing that causes her to feel again.

Thanatos is the new high priestess of the house of night. She is one of the high counsels special vampires. They are to make their judgement over Neferet and they do. They shun her. Which doesn't bother Neferet one bit. Because she has chosen darkness over good she just wants to cause problems.

Kalona has changed who he is but, is still struggling over his discision. He has desided to be the new head warrior and protector of the school. This will be his biggest challenge. Aurox is the beast that has tried to kill Zoey and did kill Dragon. It was sad and he didn't realize that Zoey did what she could to keep that from happening.

One morning Zoey's grandma was setting everything up for her ritual. She was doing a protection spell when Neferet showed up in front of her and attacked her. She bound her with the evil strands and took her with her. Later, in the day, Aurox came by the house and he sensed Neferet and knew that Grandme Rainbird was gone. He needed to get back to the school and tell Zoey and them what had happened. He knew it probably wasn't going to be easy. He was hated.

Erin, their one friend has been changing and ended up getting together with Dallas, who's one of the evil red fleddling's/ This didn't go over will for Zoey but, she knew she wasn't going to be able to trust her.

Well, I'm going to leave it there. Your going to have to read the book to see how it ends. I will say it was a little slow but, the end was good.

I'm off to start another book. Remember to read a good book, you never know how many books can surprise you.

This is the first book in a new series. Its also a very fast read. Chapters are very short.  Jules, Trey and Rowan Demarco all live above th... 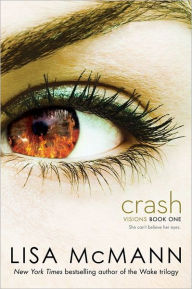