City of Ashes by Cassandra Clare 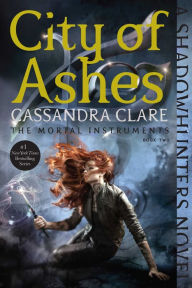 This is book two of the mortal instruments series. I will say that this was a great read for me.

Clary is back with her friend Simon. Jace, Alex and Isabelle are at the church they use as a shadowhunters head quarters in New York city. Clary has been staying with Luke after her mom has been in a coma of a sorts.

Maryse is in the library when Jace walks in on her. She begins to question him about what has been going on. Each time he answers she doesn't believe him. They aren't going to see things the same way and Jace always has this attitude about pretty much everything. Then, when Valentine is brought up he becomes a little diffensive. She pretty much asks him to leave.

The Inquisitor is coming and she has  a problem with Jace. She wants to question him concerning his father which is Valentine. I'll just say this, it doesn't go will over will with him and she decides to lock him up. But, before that happens, Jace has gone to see his father. Because of what he knows.

His father has killed all the soul brother for the sword they have. He wants to bring a very large amount of demons to take out the clave. The clave is what creates the laws for all the shadowhunters. That isn't going will for Jace because he will never join his father in any way.

The Inquisitor ends up using special swords to lock up Jace. As will as a magic pair of handcuffs. Her idea is to trade him for the two special things that Valentine has. Jace tries to tell the Inquisitor that Valentine will never do that. Because of her hatefullness towards Valentine she isn't listening to him.

Things are only going to get worse and it does.

You'll have to read the book to see what happens and how it ends. I'm not going to spoil it for you. I'll just say this, I really wait to pick up the next one. Remember to pick of a good book, you never know what you might enjoy.

I'm off to start my next book.

This the fourth book in the Hush, Hush series and the last one. I will say that this was a great read.  Patch and Nora are still together ... 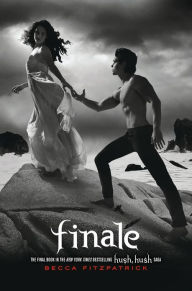