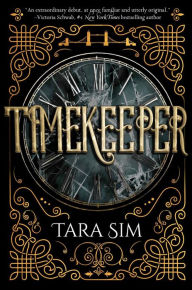 This is the first book in a steampunk fantasy series. It's set in a Victorian world about clocks that keep areas of London and other towns alive. Danny is a mechanic that goes and works on the clocks when there's a problem. He's been having some problems because of one of the clocks exploding and almost killing him. His father has been stuck in the town of Molton for the last three years and his mother hasn't been the same since. Problem him and his mother has been  having with each other is in some ways she blames him.

Cassie is a good friend of his and has been helping him keep his father's car running. Earlier in the day, The lead mechanic has sent him to the town of Enfield, The Colton tower. An apprentice is surposed to meet him there. After arriving he first doesn't see, then in the corner there's a blond boy standing there. What he doesn't know that the boy was the clock spirit.

Danny has heard things about clock spirits but, had never seen one. It only took him twice to finally figure that out. The clock spirits name is Colton, just like the tower itself.

Matthias was his dad's good friend and they would work together. He had fallen in love with a clock spirit and lost his job. Danny did feel bad about it. He still would go see Matthias to talk to him about things bothering him.

When Danny heard that one of the clock towers had blown up. It reminded him of what happened to him. He keep thinking that some of the protesters were behind it, but he couldn't prove it.

When he found some time, he would go see Colton and spend some time. He would tell Colton about lots of things. One day Colton kissed him and it surprised him but, also sent a chill through him. Danny knew that if he ever got caught he could get fired.

Many things happen and the story is pretty fast paced. If you want to know how it ends you'll have to go pick up the book. It was really good.

Well, I'm off to start a new book. Remember to pick up a great book.

The school of good and evil by Soman Chainani

This is the first book in a middle grade series. I enjoyed the fast pacing of this book. Quite gripping and pulls you in. Very easy to read... 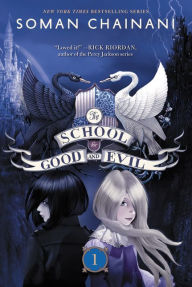